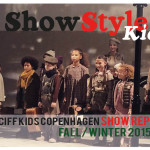 Last edition CIFF kids organised the fair at Forum Copenhagen for the first time. After review CIFF kids decided to also host the coming fair in this location. They also decided to have the CIFF kids fair at the same time with CIFF, since there are buyers that want to visit bith fairs. In this way they can accomodate them. Furthermore, the new campaign will be shot in collaboration with Kid’s  Read more » 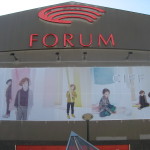 With a new date, seperate from big brother CIFF, and a new location, CIFF Kids is the essential trade fair for Scandinavia. Located in Forum Copenhagen, around 200 brands presented their collections to the visitors. Of course lots of typical Scandinavian brands and some well known brands from abroad. Stayed tuned for the video of the fashion show! After this edition they will review this new location, which is situated almost  Read more »

CIFF KIDS opens the doors to North Europe’s biggest kids fashion trade show Sunday 25 – 27 January 2015 at Forum Copenhagen. The upcoming Fall/Winter 2015-16 trade show will be presenting an amazing kids universe with more than 250 brands from all over the world. CIFF KIDS will this season present a renewed and stronger kids fashion trade show with new location, separate dates from CIFF and an amazing kids  Read more » 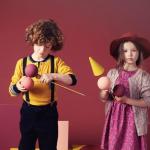 CIFF Kids announces not only their new dates for the coming season, Jan 25th – 27th, but more important news is that CIFF Kids will be moving out of Bellacenter. CIFF Kids will be seperated from the main CIFF Fair so that visitors can focus entirely on the children’s fashion and accessories brands. In January CIFF Kids will be held in Forum Copenhagen, where a universe totally dedicated to the  Read more » 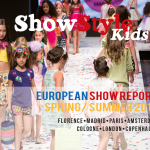 The all inclusive Euro Fair report is available! Are you looking for an overview of the major European trade fairs? Get the Euro Fair report! Included are: Pitti Bimbo Florence, FIMI Madrid, Playtime Paris, kleine fabriek Amsterdam, Children’s Fashion Cologne, Bubble London and CIFF Kids Copenhagen. All this on a massive 343 pages! And that for only 249 Euro!  Get your personal copy here! 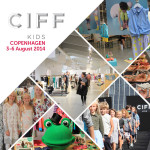 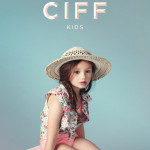 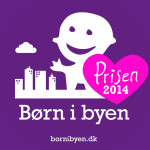 CIFF KIDS is hosting the Børn i Byen Award

CIFF KIDS is once again hosting the Børn i Byen (Children in the City) Award. The aim of the award is to celebrate the brands, people and places that contribute to making the everyday lives of children and their parents easier and more fun in Copenhagen. The Award takes place during the CIFF KIDS fair on Tuesday August 5th 2014 in Bella Center where all the winners will be announced. The  Read more »

CIFF KIDS is one of the largest children’s fashion fairs in Europe with over 300 brands from around the world. From 3rd – 6th of August 2014, CIFF KIDS opens the doors to a new and inspirational fair. CIFF KIDS will continue the cooperation with interior design agency, Voici Voila, and the the CIFF KIDS SUITES will again come alive. CIFF KIDS are looking forward to welcome you to the SS 15 fair.